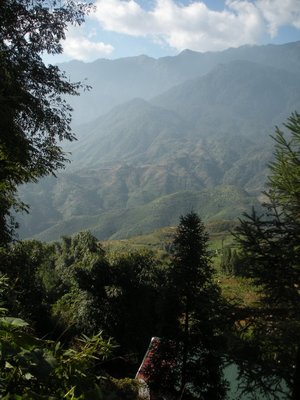 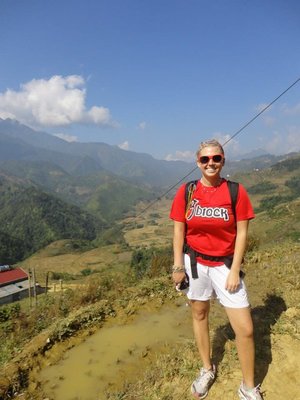 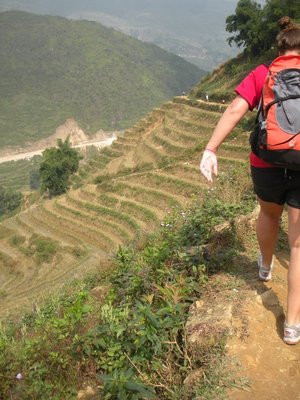 After Hoi An we flew up to Hanoi, spent a few hours wandering the city, and then took a night train up to Sapa Valley, Vietnam. It is located right on the border of China in the Northwest corner of the country. The night train was 9 hours long, we didn't arrive until around 5:30am, and then had an hour minibus ride to the actual town.

When you are in the middle of nowhere Vietnam, and the minibus driver turns on music at 5:30am, there is some music you just do not expect to hear... Our driver had a super remix CD, involving an extra long version of MilkShake... yes, a techno remix version that just repeats the lines "My milkshake brings all the boys to the yard" over and over and over... it was horrible! However, it made everyone in the minibus laugh with the little sleep we had gotten the night before.

We decided to go to Sapa on a guided tour, organized by a group called Hanoi Backpackers. If you ever are in Hanoi or Hue, Vietnam you must stay with them - assuming you are under 30 and backpacking through Vietnam... which probably doesn't apply to many people reading this. They are an amazing group who are well organized and super easy to work with.

There were 10 people on our trekking adventure:

- Kourtney and I, who were the youngest of the group (Kourtney is over a year and a half older than me... making me the baby for the trek)
- Three girls (two Canadian and one American) who had just finished teaching English for two years in Korea, and were spending their final paycheck backpacking the whole region before heading home for the holidays
- Two guys from Australia who were also on a backpacking trip across multiple countries over multiple months
- Two dutch guys. Not really sure what their plans were... they didn't talk much...
- One solo traveler from Australia who was just beginning his multiple month journey through Asia, I think this was one of his first destinations

Everyone else in the group was 25 to 30, and obviously no one else was still in school.

When we arrived we had a few hours to shower, grab some food and whatever supplies you needed (backpackers tend to run out of things like shampoo, or they lose things along the way, or things break...). And at 9am, we started trekking!

We aren't really sure how far we hiked, everything we read said something different, but we think Day 1 was around 15km. We had one guide, named Hein, who was really funny. He was hiking in a clean, perfectly white, pressed shirt, and somehow never got it dirty. They rest of us were disgusting by the end of the day. But it was all worth it for the views that can be seen from the trail!

The views were amazing, but also impressive were the little old ladies that were trekking with us. There are these tiny women who hiked the whole way with us (trying to sell us things out of their baskets of course) but they were solid! They helped in areas where it was hard to climb up, they showed you the best way to get through rivers and which rocks to step on, and they let you know if you were taking too long taking pictures of the views! Even though they got annoying at times, I will never be in as good shape as these old ladies. 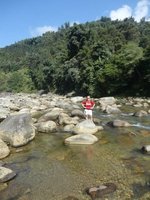 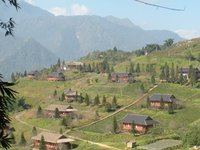 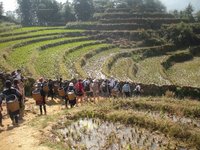 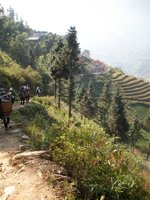 Posted by Cassi 20:36 Archived in Vietnam