Thursday we took a tour of Bali, leaving our resort and heading to the northern part of the island. Our Resort was located on the southern peninsula below Denpasar and Kuta, on the east coast. The Island of Bali has many active volcanoes, similar to the rest of Indonesia, which are all located in the north. In the middle of the Island is the town of Ubud, famous for its Art and hand made crafts. This is the town in the book/movie "Eat Pray Love" where she spends her last portion of the trip. To give an idea of the island, here is a map showing many of the places we visited:

We started our morning driving up to Ubud, in central Bali. Here we visited the Monkey Forest, an area filled with wild monkeys and old temples in the jungle. We got to walk through, pet the monkeys and my mom even had two of them jump on her unexpectedly! She had one hanging off her arm when another one flew from the roof of the temple onto the top of her head. I found a tiny one and let it climb all over me, it even tried to pull on my earrings! 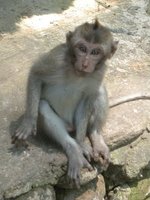 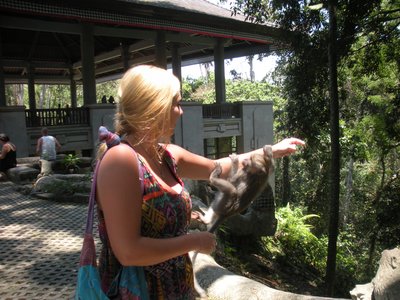 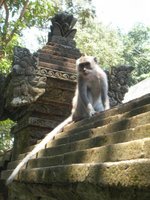 We stopped at a small agriculture farm, where the had amazing coffee and tea flavors from around Bali. They showed us the process of making coffee, including Luwak coffee. We had never heard of Luwak coffee, but apparently is it the most expensive coffee in the world and is made in Indonesia. We stuck to the regular coffee flavors including Ginseng Coffee and Tea, Lemon Tea and Hot Cocoa. 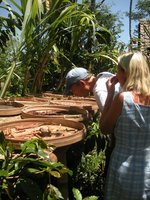 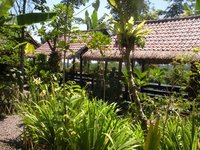 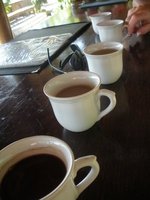 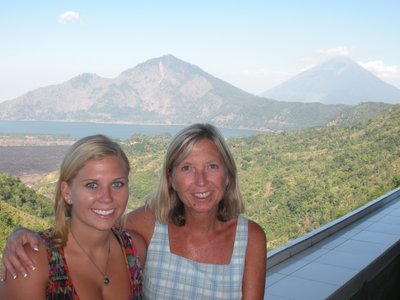 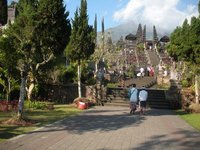 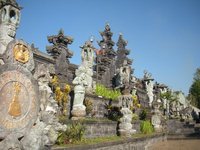 Next on our tour was the Volcanoes in the North! I have never seen a volcano in person before, so they was really interesting. We ate lunch at a restaurant overlooking the cooled lava flow from the last eruption at Agung Batur volcano. Next to the volcano is a beautiful lake, and in the distance was more volcanoes! We saw several temples, including the biggest temple in Bali called the Basakih Temple. It is located right at the base of the largest Volcano on the island, Agung Volcano (in the Northeast). The temple is for both Hindu and Buddhist faiths. Although Indonesia has the highest population of Muslims in the world, with about 85% of the population practicing, Bali has their own type of Balinese Hinduism that is widely practiced throughout the island. The temples are unlike anything else I've seen in the world, they are truly amazing. 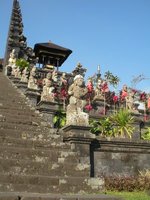 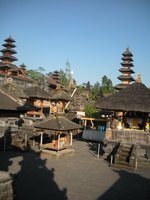 Posted by Cassi 00:19 Archived in Indonesia