Seeing as I have no idea what the Mid-Autumn Festival is all about, here is a description I found online:

The Mid-Autumn Festival, also known as the Moon Festival or Zhongqiu Festival is a popular harvest festival celebrated by Chinese, Taiwanese, and Vietnamese people. Dating back over 3,000 years to moon worship in China's Shang Dynasty, it was first called Zhongqiu Jie (literally "Mid-Autumn Festival") in the Zhou Dynasty. In Malaysia, Singapore, and the Philippines, it is also sometimes referred to as the Lantern Festival or Mooncake Festival.

The Mid-Autumn Festival is held on the 15th day of the eighth month in the Chinese calendar, which is in September or early October in the Gregorian calendar. It is a date that parallels the autumnal equinox of the solar calendar, when the moon is at its fullest and roundest. The traditional food of this festival is the mooncake, of which there are many different varieties.

Farmers celebrate the end of the fall harvesting season on this date. Traditionally on this day, Chinese family members and friends will gather to admire the bright mid-autumn harvest moon, and eat moon cakes and pomelos under the moon together. Accompanying the celebration, there are additional cultural or regional customs, such as Carrying brightly lit lanterns, lighting lanterns on towers, floating sky lanterns and burning incense in reverence to deities including Chang'e. 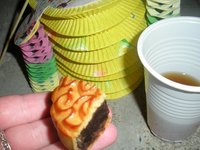 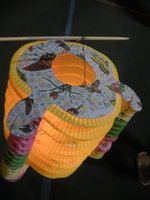 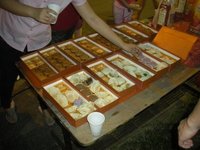 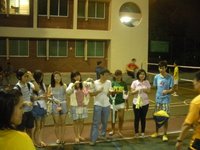 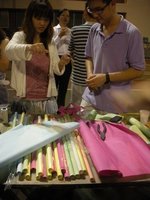 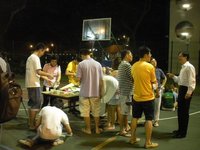 Eusoff Hall had a celebration tonight, and I got to eat mooncakes and light lanterns and talk to a lot of people who celebrate this each year with their family. There were about 15 different kids of mooncakes, green tea, and a lantern making competition to end the night. I'm pretty sure the actual full moon and the end of the festival is not until October this year, but the month long celebration has already begun throughout the city. Chinatown and Clarke Quay both have decorations up and lit each night. 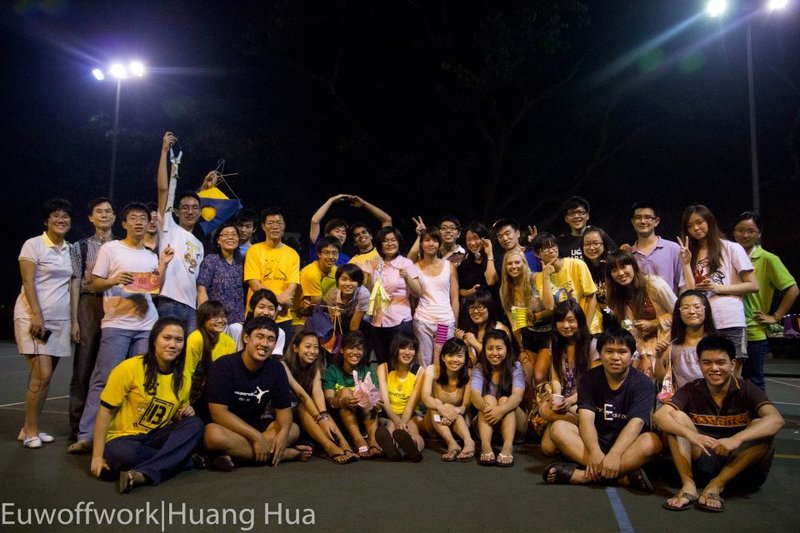 Posted by Cassi 07:18 Archived in Singapore