Goodbye Sentosa, its been fun...

My last day in Singapore came too fast, and there were a few things I never got a chance to do. However, with one day left I did manage to fit in a trip to Universal Studios on Sentosa.

I woke up in the morning, took the MRT from Boat Quay to Sentosa with John, a guy I met staying at the hostel with me, and spent all afternoon riding rides. A brand new Transformers ride had just opened, and the line was over an hour long, but it was AMAZING. Similar to the Spiderman ride in Universal Studios in Orlando this ride wasn't a roller coaster, but a 3D action adventure that was amazing. They also had two roller coasters like dueling dragons in Orlando, but it was Battelstar Galatica: Humans vs. Cylon. The park was separated into several areas: New York, Hollywood, Sci-Fi City, Ancient Egypt, The Lost World, Far Far Away and Madagascar. In the Lost World there was Jurassic Park themed rides, Far Far Away was Shrek and Madagascar was all the animals from the movie. Overall it was a great day in the park- and luckily it was cloudy so it wasn't too hot! 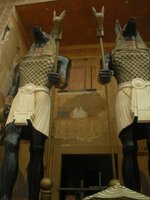 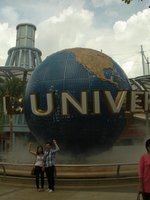 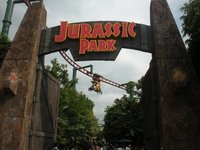 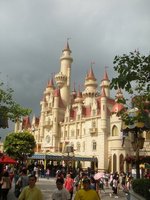 After Universal we walked through Sentosa one last time- it was hard to say goodbye after all the days and nights we spent on that island. Wandering along the paths of multicolored tiled fountains, past the Merlion statue and down to the beach one last time brought back the memories from the last 6 months.

Posted by Cassi 16:53 Archived in Singapore