The first stop on the trail...

The temples of Angkor include Angkor Thom, or the "Great City", which is a smaller walled region consisting of multiple temples. The most beautiful (in my perspective) is Bayon. 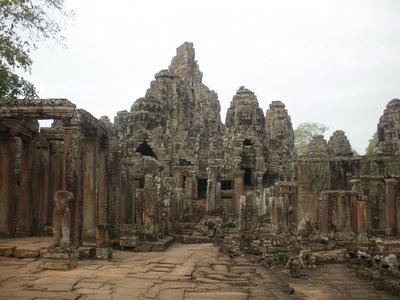 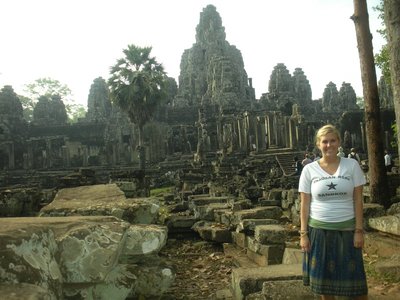 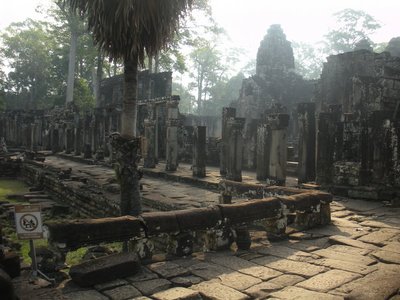 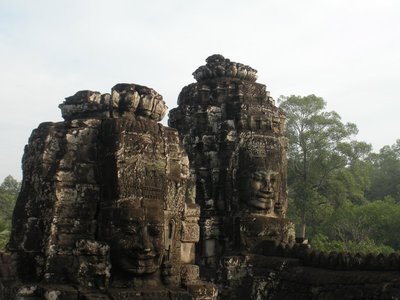 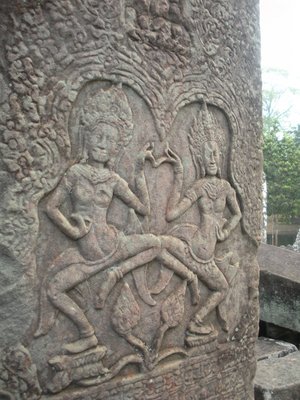 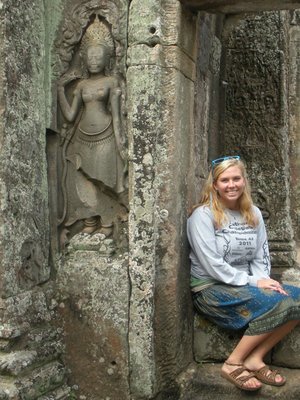 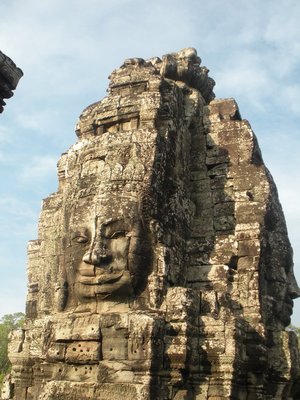 The Bayon's most distinctive feature is the multitude of serene and massive stone faces on the many towers which jut out from the upper terrace and cluster around its central peak. The temple is known also for two impressive sets of bas-reliefs, which present an unusual combination of mythological, historical, and mundane scenes. The current main conservatory body, the Japanese Government team for the Safeguarding of Angkor (the JSA) has described the temple as "the most striking expression of the baroque style" of Khmer architecture, as contrasted with the classical style of Angkor Wat.

The small carvings, the collapsing walls, and the giant faces made this temple a truly amazing sight. I could have spent hours in just this one temple. Unlike any tourist areas in the US, you can climb all over the temple walls - even the ones that are crumbling. You can run your hands over all the carvings that have been there hundreds of years

Posted by Cassi 16:44 Archived in Cambodia