Finding tribes on the Myanmar boarder

After our adventure filled day, we spent the night in the city of Chiang Mai meeting locals. The four of us had a fantastic time out at the bars, grabbing street food at 3am and meeting new friends. 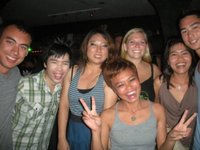 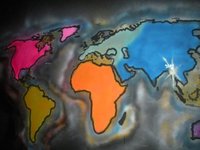 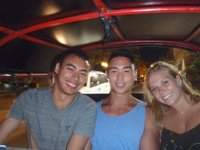 The next morning we woke early and wanted to rent motorbikes to ride into the mountains. Chiang Mai is in the northwestern corner of Thailand, close to the Myanmar boarder (formally known as Burma). This is one of the most dangerous boarders in the region, as many refuges have fled the military ruled country of Myanmar and have set up tribes without the Thai government's approval or support. We were warned that if you get too close to the boarder, Police from both sides are not afraid to fire shots at you to try and stop people from crossing illegally. However, our intent was not to cross the boarder, but to find some small villages that are deep in the mountains.

There are several different types of tribes in this region, each with their own traditions and way of life. They have specific clothing they wear each day, and we even saw a house full of traditional medicines made from animal parts that are still used today. These tribes live in little huts spread out on a mountain side, in a very beautiful setting. 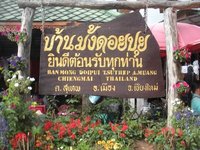 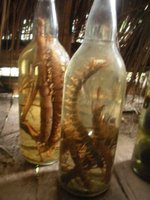 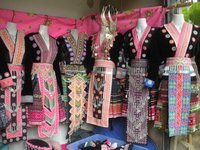 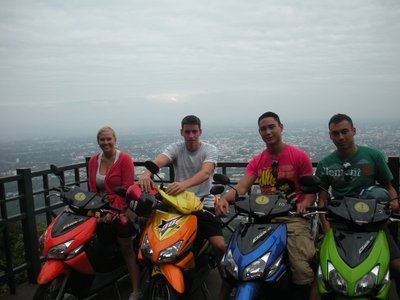 We explored the village, climbed through beautiful gardens overlooking a waterfall, saw locals preparing their dinners, and even got to try out a bow and arrow type hunting weapon one villager had! It is amazing that without being able to speak a common language, they allowed us to come into their village and see how they live. Then we got lunch at a little hut before getting back on our bikes and heading back towards Chiang Mai.

After leaving the village, we stopped a few places to take pictures on our bikes, and the views were amazing.

On the way back to Chiang Mai, we made our final stop at the Wat Phra That Doi Suthep, or what we called the Golden Temple. This was located at the top of a gondola, at the very top of a mountain. I can't even describe in words what this temple looked like, and the pictures don't do it justice, but they are the best I can do. Everything was covered in gold, shining in the sun, and it was huge! While we were visiting, a monk was doing a service that we stopped to watch, and at the end he started to tie small bracelets around everyone wrists. Without knowing what they are for or why we received them, the four of us walked away with white bracelets. 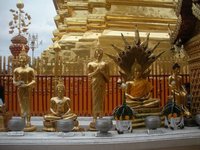 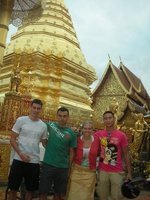 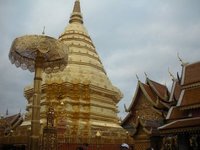 After our day in the mountains, we made it back to Chiang Mai around dark. We ventured back to the Night Bazzar to do some final shopping before parting ways. George, Josh and Ryan had a flight back to Singapore the next day, and I had a flight booked to Bangkok.

I was on my own for the last stretch of this trip- and still had no plans where I was staying in Bangkok or how I was getting back to Singapore!

Posted by Cassi 10:51 Archived in Thailand