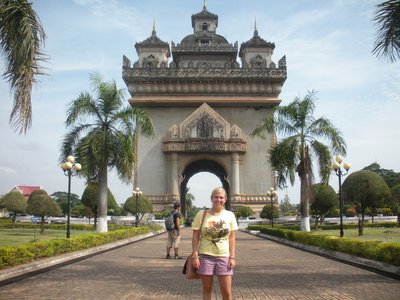 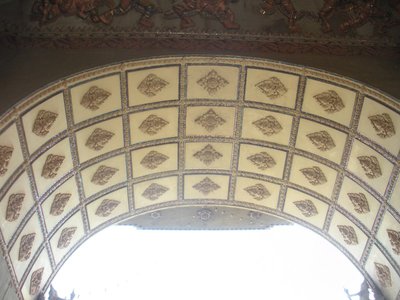 I spent my last day in Vientiane with my Australian friend Leigh, wandering through town, walking along the river, visiting the night market and grabbing dinner after we got into the city. The night market in Vientiane wasn't as big as the one in Luang Prabang, so I wasn't temped to pick up more souvenirs - I had no more room! 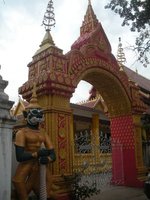 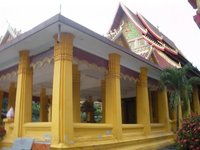 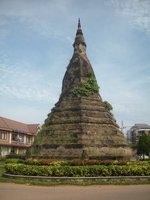 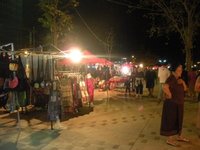 In the morning I decided to walk to the Patuxai, which is an Arc-de-Triomphe inspired monument in the middle of the city. This was about a mile walk from my hotel, passing morning markets that had sprung up overnight, and along the main road going into the city. Once at the monument, I was shocked at how large it was. Tourists were able to climb to the top, but I had to get back and meet Leight and there was a bit of a line.

I met up with Leigh after walking back into the city and we got some lunch before heading to the airport, our flights were at about the same time. The airport was the best part of my day. I was on the first ever flight from Laos to Singapore, which apparently was a HUGE deal. Somehow I was like the only non- Laos Airline Official on the entire flight. They had a camera crew, like 20 models holding signs, and flowers for everyone. I also got two free Laos Airline tshirts, food and drinks on the flight, and they had personal TV's so I got to watch Captain America on the way home. It was awesome. 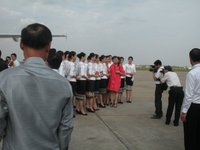 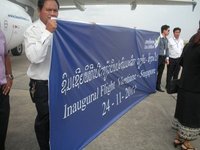 Posted by Cassi 18:58 Archived in Laos