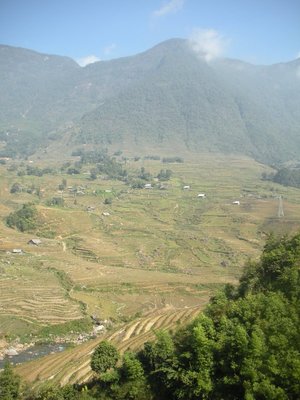 We had a huge breakfast made for us when we all got up and moving, which was about 6am when the sun was up and the roosters were making all sorts of sounds (we all fell back asleep after the slaughter happened... it was still dark out). This was one of the best breakfasts I have ever had in my life. We had creeps, which were homemade of course, with bananas, asian pears, limes and sugar to fill them with. I was a little confused at first as to why I would ever put a lime into a creep, but you use the lime juice to mix with the sugar and it makes like icing/syrup amazingness. The fruit was fresh picked, the creeps were warm, and everything was perfect.

After our homestay we set out for day number two of trekking, which was shorter in distance but much harder in terrain. Our guide told us we would be hiking up a mountain to a waterfall, and then down into a valley to a village, then up another mountain to a road where we would catch the bus back into our first main town. The distance was only around 10km, but we didn't realize the up's and down's were going to be straight up and straight down.

But it was all worth it- the waterfall was amazing. I can't capture the waterfall in one picture, but it was almost straight down, and we could sit along the top on the huge rocks. It wasn't like a rushing waterfall, it was like a little stream that constantly flowed over the edge, enough for us to walk across and sit around without getting wet. We rested here for like half an hour, talking with the other people in our group and enjoying the view. 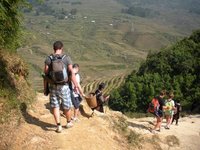 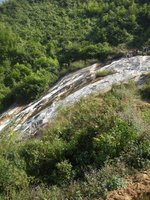 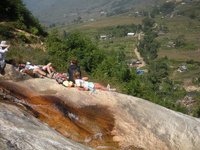 After the waterfall, we hiked straight down to the river below. I thought many times I might tumble to my death, as I was dragged down by those old ladies who were practically running this trail (stopping to take pictures was NOT an option). But once we reached the bottom we were able to take a swim in the river, which was freezing cold and absolutely beautiful.

Along our hike we stopped at a local school, and we were able to play games with the kids who were outside. They played hopscotch, and some crazy game with a stick and ball that we couldn't figure out the rules to. The kids in class were so well mannered, and their handwriting was the most amazing this I have ever seen (these kids are like 7 or 8). I tried to take a picture but it is hard to see the detail. 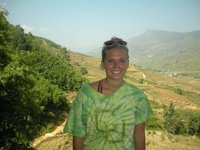 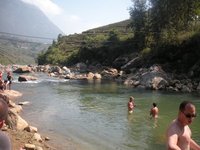 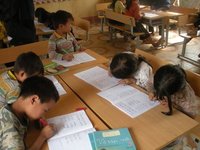 Last we hiked up to a small town for some lunch, and we caught the bus back to the main town we started our journey from. Sapa Valley trekking was amazing, and the views were awesome. I highly recommend it to anyone who gets the chance to go-but be careful of the ricewine! 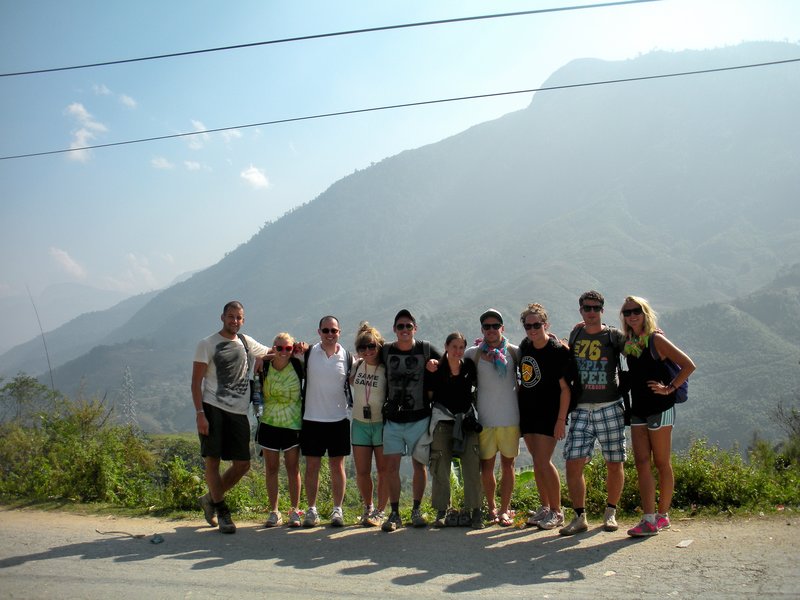 Posted by Cassi 03:37 Archived in Vietnam